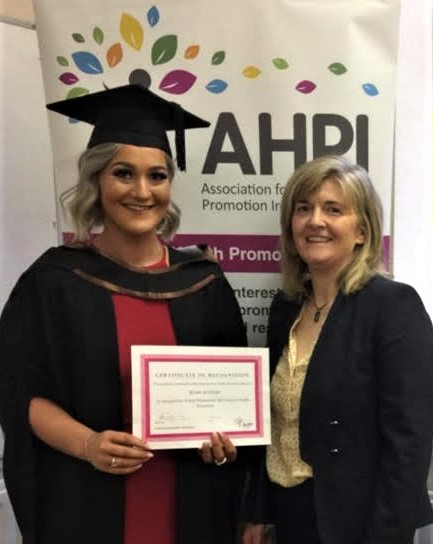 It has long been recognised that health promotion plays a pivotal role in society and is defined as the process of enabling people to increase control over, and to improve, their health. Susie’s award was in recognition of the research she completed as part of her Health Promotion degree. This work explored the lived experiences of young people living in an urban designated disadvantaged community in Ireland, their perception of their community and their perception of how others’ view it. The purpose of this research was to contribute to the literature in regard to young peoples’ experiences in their community in Ireland. The findings from this research show that the young people know that there are problems in their community, but they are also aware of the many positive aspects that enhance their community such as sporting teams and friendships. Although many of the young people would not like to live there in the future, they are mostly happy living there now. However, they feel other people have a negative view of the community and this is largely due to negative media coverage and messages they have heard. 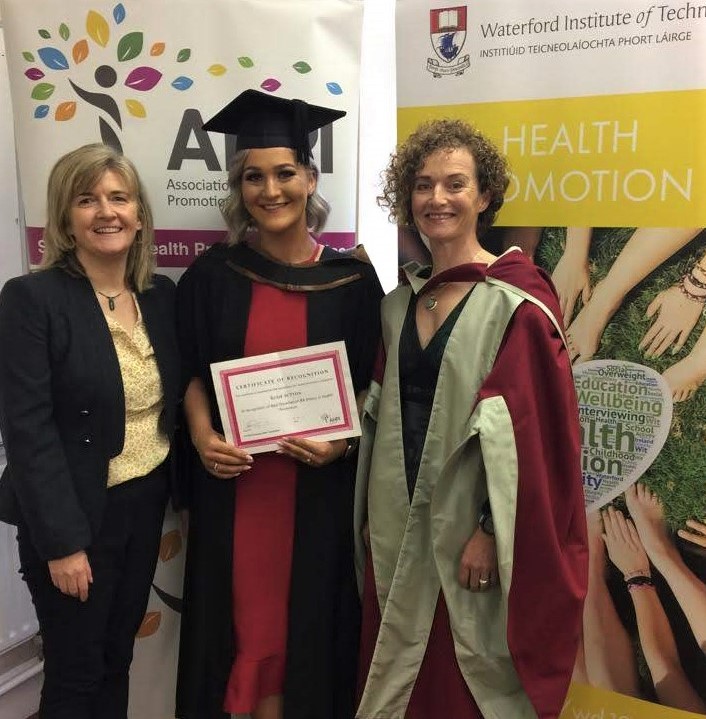 Students from accredited Health Promotion courses have the knowledge, skills and competencies required for their profession and these awards aim to recognise these achievements. Dr Patricia Heavey, Chairperson of the AHPI speaking on behalf of the association congratulated Susie on her success saying ‘We are delighted to be able to support this award that recognises Susie’s hard work, dedication and commitment throughout her degree. We wish her every success on her Health Promotion journey’. 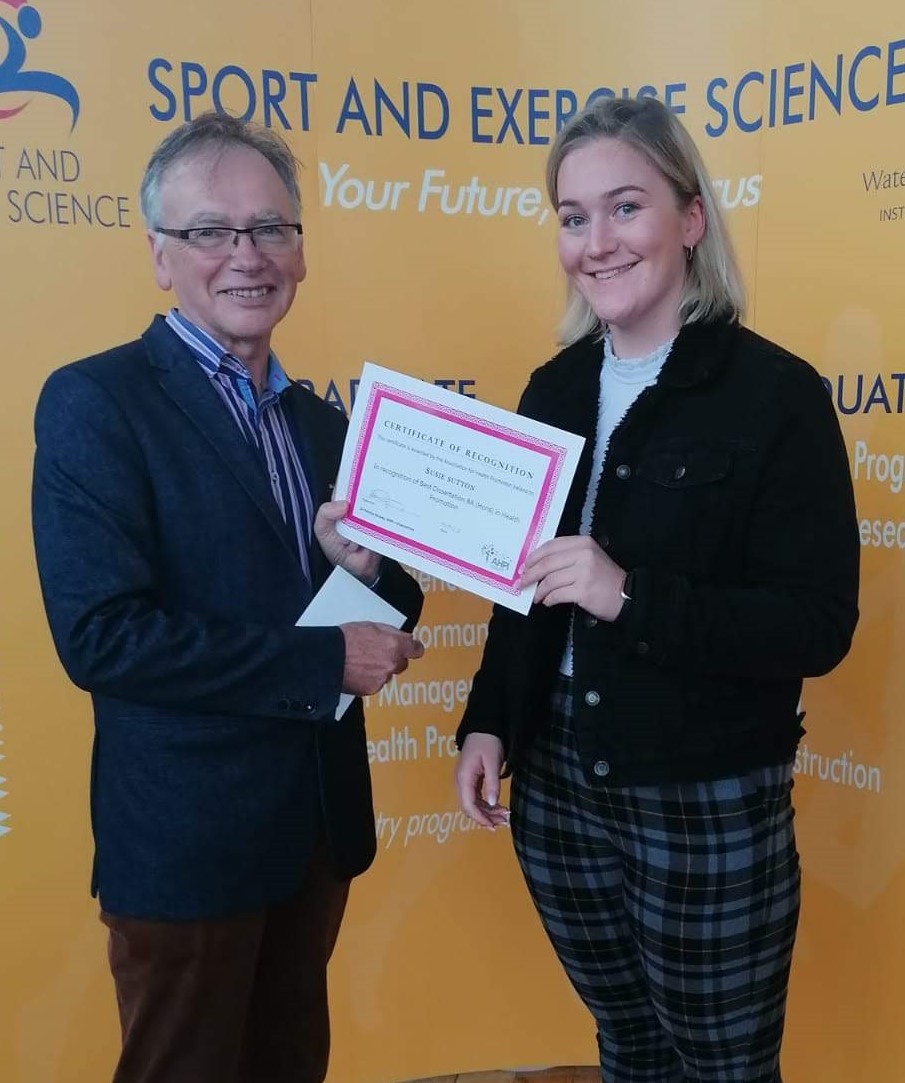