Stephanie Kirwan, from Drogheda, Co. Louth, was one of the first IUHPE Registered Health Promotion Practitioners in Ireland. Stephanie applied under Category 1 as the course she had completed was accredited by the International Union for Health Promotion and Education (IUHPE) at the time she graduated 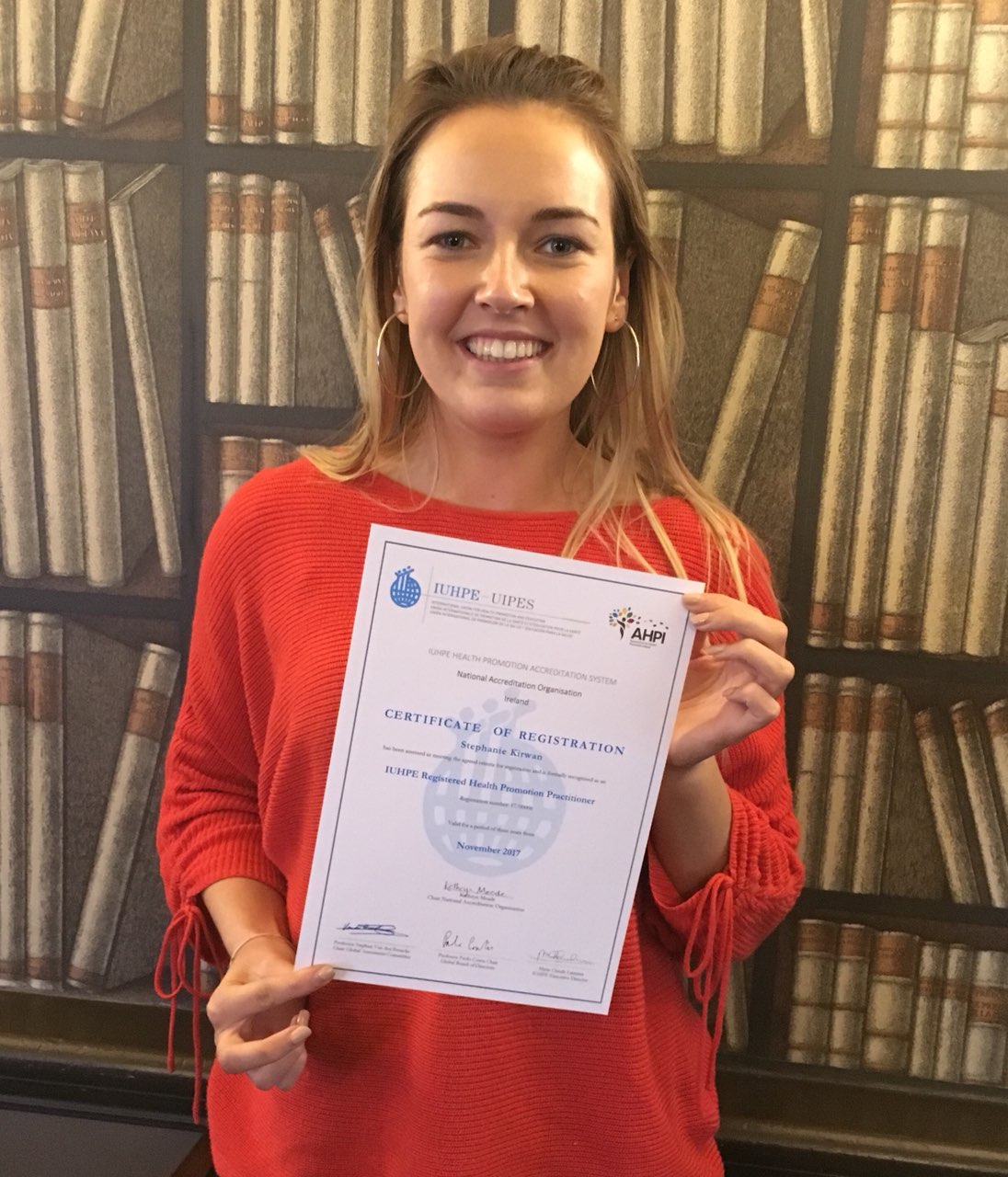 Stephanie works for Development Perspectives where she coordinates a project called the #SDGchallenge which aims to raise awareness and action on the United Nation's Sustainable Development Goals. In addition, she is currently studying for an MA in International Development.

What Health Promotion course did you study?

BA in Health Promotion from Waterford Institute of Technology.

Why did you choose Health Promotion as a third level qualification?

From a young age I was fascinated by the healthy leaflets which were distributed in health clinics/hospitals etc. I was really interested in learning more about healthy dietary habits and lifestyles and wanted to become equipped with the skills to help others in my community.

Describe what your current work involves?

I am currently working for a development education NGO called Development Perspectives. In 2011, during my first year of study, I took part in a programme as a participant and continued to stay involved with the organisation. In 2016 I competed a 9 month internship with the organisation when I initiated a project called the #SDGchallenge. The #SDGchallenge aims to raise awareness and action of the United Nations Sustainable Development Goals in Ireland in a way which is relatable and understandable. In 2017 the project won Ireland's first SDG Champion Award through Dochas. In 2018, the project was chosen as a finalist for the United Nations SDG Action Awards among the 800+ entries globally. The project is now funded by Irish Aid, Concern and Trocaire.

What do you think is the main benefit in being registered with IUHPE as a Health Promotion Practitioner?

Being registered with IUHPE provides Health Promotion Practitioners an opportunity to unite and form a network of support and shared learning of good practice. On a personal level I feel it is a benefit that the title is internationally recognised.