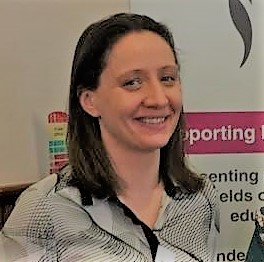 What inspired you towards a career in health promotion?

It was whilst I was working as a nurse that I became interested in prevention, behaviour change, and health promotion. Many of the patients I would see each day may not have required hospitalisation or surgery had they received health promotion interventions and preventive health information and advice earlier. Studying Health Promotion and Psychology at graduate level was the obvious next step.

What does a typical day look like for you and what are you currently working on?

I’m currently working as Head of Department with a small but effective Health Promotion team in a large busy acute hospital. The work here is varied, so it is very hard to say what a typical day looks like as very rarely are two days the same. My daily work is often a mix of working with patient either one-to-one or in groups such as when delivering the Smoking Advice Service, working on staff health and wellbeing, service promotions, delivering training, or office-based work including administration, project planning, audit and research.

What advice would you give to anyone starting out in a career in health promotion?

Once you’ve got your Health Promotion qualification, get as much experience as you can in as many varied health promotion roles as you can. Don’t be afraid to volunteer or intern while studying or looking for that first step on the career ladder.

What does AHPI membership mean for you?

What is your proudest moment working in health promotion?

Following up with patients who have made a behaviour changes, no matter how small, knowing that an intervention I had with them has enabled them to make positive changes which have had a positive impact on their life and health.