Launch of National Healthy Cities and Counties of Ireland Network 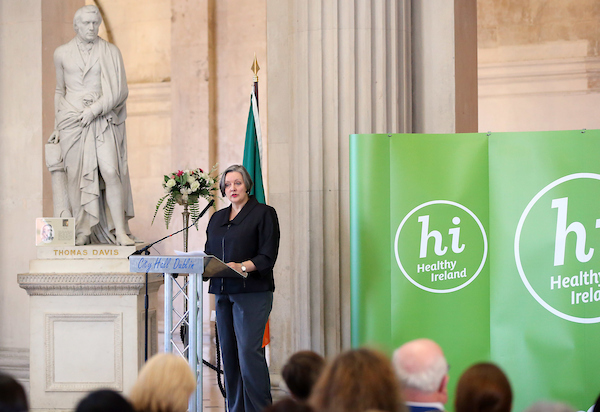 The National Healthy Cities and Counties of Ireland Network was launched under the aegis of Healthy Ireland, the Government-led initiative which aims to create an Irish society where everyone can enjoy physical and mental health, and where wellbeing is valued and supported at every level of society. The Healthy Cities project is a global World Health Organization (WHO) movement, set up initially in 1987 with eleven individual cities. The concept is based on the importance of local action and the key role of local governments and Local Authorities in health and sustainable development.

The Minister congratulated the Counties on making a commitment to work to become healthier places for all their citizens by working to implement Healthy Ireland, the National Framework for Improved Health and Wellbeing 2013-2025 and went on to say “as a former elected member of a Local Authority I know that Local Authorities are uniquely placed to bridge the gap between national policy and local implementation. I know the influence and reach that Local Authorities have in every community and I see huge potential for them to contribute to building a healthier Ireland. I believe that we cannot achieve the vision of Healthy Ireland without the involvement of every Local Authority in Ireland. Healthy Ireland is all about supporting and empowering communities and individuals to lead healthier lives and the involvement of Local Authorities and the Local Community Development Committees is critical”.

Dr. Stephanie O’Keeffe, National Director of the Health and Wellbeing Division in the HSE said “the Healthy Ireland agenda is extensive. Improving our population’s health and reducing health inequalities spans across many areas. Our Local Authorities are leaders and critical partners in promoting and improving the nation’s health”. Dr. O’Keeffe also emphasised “the unique position of the Local Community Development Committees to understand and respond to local people’s needs”.

For more information on the National Healthy Cities and Counites visit www.healthyireland.ie/about/cities-and-counties or click here